Guardians are usually ordinary citizens whom take it upon themselves to defend and protect. They derive a great sense of satisfaction and Honor from standing in harms’ way for others. They are firm believers in the old adage that ‘we are our brother’s keeper’. For some this is simply a lifestyle choice while for others it’s an occupation. Regardless of the motivation, Guardians make stalwart allies and implacable foes. Typically wearing heavy armor, they also specialize in using shields both offensively and defensively, making them difficult to overcome in conventional melee combat.

While they may come from all walks of life, Guardians are some of the most highly prized personal guards and are often found in the employ of lords and wealthy merchants. When they feel their charge is threatened they are relentless in their duty, sometimes even willing to ignore the laws of the land if necessary to defend those in their care. This does not make them reckless—they are highly tactical thinkers and when formed up together on the battlefield are neigh unbreakable.

During Character Creation you may choose to use the Default Stat Line, before racial modifiers, instead of rolling for stats, or if after rolling ten sets of stats you don’t like the results

See Equipment section for details. When using weapons or armor that your class is not proficient with, see Combat Penalties. There is no level or title prerequisite to train in a new proficiency, however you must receive the appropriate Training.

A Guardian was a natural instinct and drive to protect others, knowing that their is no greater Honor than to stand in harms way for another. Guardians use Honor as both sword and shield, taking the form of Oaths, Virtues, and Codes.

No training is required for Oaths and Virtues, as these are a function of the Guardians personal and imposed sense of honor. However Code training is typically facilitated by other like minded individuals, with veteran Guardians acting as Mentor and trainer for one of the following Guardians Codes:

Guardians cannot learn a previously unknown Code or Code Skill (i.e. putting the first code point into Feudal Strike) unless they are taught/instructed by a Mentor (aka Code Trainer) that knows the corresponding skill. If assigning additional code points to an already known code skill, then no trainer is required and the point can be assigned immediately (i.e. increasing the number of code points in Guardian’s Roar from 1 to 2). This represents an Guardian honing their skills rather than actually learning a new skill.

A Guardians training includes battlefield experience and the hardships of life on the open road, teaching them to rely on a variety of weapons, tactics, and battle stances. However, as with any Vigor class, prolonged combat can tire a Guardian out, and they must use their skills wisely.

Learning new Vigor Skills is relatively simple, and follows the standard methods of training. Typically Guardians wander in search of those who need their particular skill set or at times they find employment as a bodyguard, household guard, or mercenary. In these cases training is may be facilitated through their associated employment. However, they could just as easily pick up new skills from an experienced guardian, warrior, soldier, marksman, or other vigor class. At times they may even just pay a Combat Trainer to learn a new skill. Once a skill is learned though, it can be improved simply though repeated use.

Guardians use the following chart for leveling up:

Specializations are recommended for advanced players only, and are accomplished through the Secondary Skill system (see Specialist Skills). Guardians may choose to specialize their skills in up to one weapon uses and/or one combat style.

Guardians gain titles based on their deeds and reputation both on and off the battlefield. While they may begin their career as a simple Citizen-Soldier, as their honor and renown grows they often find themselves with opportunities to serve others and become sought after as personal bodyguards, or even go on to command elite household guards.

The titles awarded by a Guardian’s Renown are as follows: 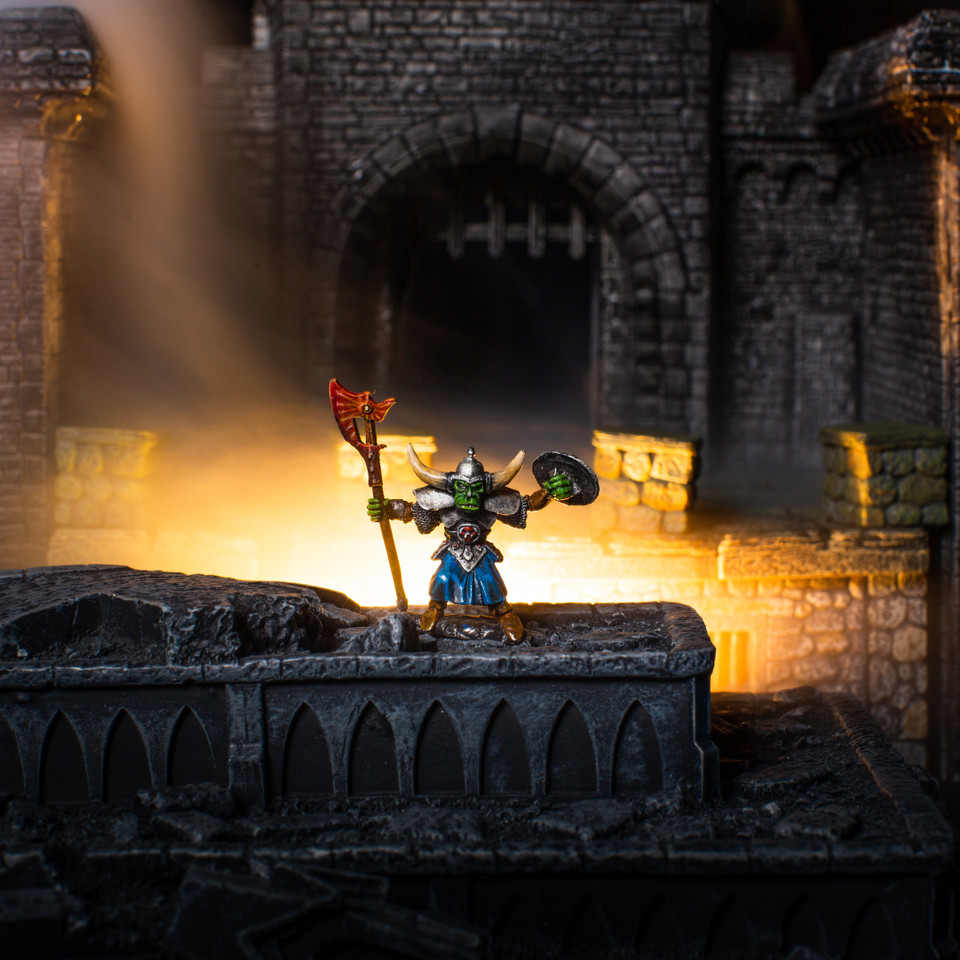 One of the most famous orcs of the modern age is Guild Commander Brodash, founder of the free city-state of Eleutheria, also known as the City of Guilds.

After centuries of war and raiding against the kingdoms of Norlanin, orcs are almost universally feared and despised. Yet the free people of the City of Guilds recognize this orc Guardian as a paragon of his race. Under his leadership the halflings of the Tindermoot were freed from the subjugation of the Black Dragon Flight and all of Norlanin itself was saved from the Maw of the Void. He is a hero and guardian by every definition.

“The Iron Turret. The nickname Brodash had been given by his peers, for he had always seemed an indestructible fortress in his heavy enchanted armor. But against the Herald’s otherworldly knives, forged out of pure void energy, he might as well have been clothed in parchment paper. His back was a wet blanket of blood and searing pain from a half a dozen puncture wounds dealt by the troublesome former Halfling. Any lesser warrior would have long since fallen, but the veteran Orc had sworn an oath; to safeguard his friends and allies until his body could bleed no more. And he bled still…”
-excerpt from The Maw of the Void